Crazy for portraits. Gallery of humans. These humans...

Love at first sight, or second or third...

Or it can take a few performances, like iKon's Rhythm Ta.

Both still in my top ten. Okay, top twenty...

Make room for new too

Those are songs tho. I fall in love with the music...and the performers.

So, this page is focused on the talents creating and delivering the music and drama that touches me from aura to core.

Love immersed, thanks to these humans and their art

Just stay in there. Feel it like an enveloping cushion.

It makes me fond of humans when I see them through that feel.

Being in love with a bae, then an abrupt end (death, abrupt).

Acceptance level for humans lowered. Less tolerance, like when in pain.

With some of the love cushion gone, more actions are hurtful.

It creates pleasure, a space around, cushion out.

I feel amazement, appreciation, fondness, for the talent. Smitten....

Being in love is so good for you. Often when people are newly in love, things that have been bothering them for a long time get better. Something wonderful is calling the majority of their attention, wo they're holding themselves in a better vibrational place, so the stuff they've been wanting all along can now zoom in.

Love at first sight, and listen...

B.I came in with impact, after watching and listening to illa illa, a song on his first solo album, Waterfall.

I had seen lots of iKon's music vids.

B.I led the group, wrote songs, and is an awesome rapper, dancer, you name it.

My heart went out to him when I read how he had to leave iKon, and go it on his own.

My heart and  the rest of me responded all over, hearing his new song illa illa.

A common experience, I know, deep responses to music. Moving.

I am moved by the music I choose.

I am astonished at my brain and body response.

illa illa did that.

I watched first. Beauty. Sometimes the visuals are so attractive it's what keeps me coming back. So it's good to just listen.

So I just listened, lying back on my red couch, volume up.

Hey! Curled me around a vulnerable centre. Lit.

So full of harmonic sound it spilled over.  First, in tear form.

Now I listen to illa illa like a mantra, a ritual.

Daily for weeks. It's impact holding.

B.I has a song on his album, just out...Daydream.

(Hey! Guess who showed up here not long ago and took over a favourite memory. Love daydreams.)

Who do I love?

So many. We just talking the fangirling I do?

Each of the talents who offer up gifts of cool music and movement have different skill sets, looks, moods.

I notice that I often choose to spend time with, focus on, a talent that eventually I learn is hugely attractive to fangirls and fanboys everywhere. Like I said, a lot of this is instinct. We are wired.

Spending time with leads to affection, and feels like love.

I have had a thought, I must have a page for GDragon on Mischief.

A page all about GDragon. Stories, photos, vids.

GDragon was not the kind of guy that I notice first in a band, a group.

So I would start my page by saying he grew on me.

And the intensity of the feeling for him, even seeing a photo of him, just overwhelms now. Seriously.

But in a good way. GDragon a genius of connection, talent, cool. And hot.

I reach for GD right now, when I am looking for comfort.

(Had to meditate on that. GD not the first guy I'd think of...for comfort. Just saying. GD the one to take a risk with. Excited.)

Before GD, I made a connection first with his group mate Taeyang in Ringa Linga. And Eyes, Nose, Lips.

Just stunning. Taeyang stunned me. His looks, his moves, his musicality.

Then both Taeyang and GD in Good Boy.

Yikes. The moves, the music, the cool...

So, love GDragon and Taeyang for starters.

Taeyang and GD have distracted me.

Talking about GD and Taeyang...here's some Mischief References. A reason for a fan photo gallery

Sometimes on Mischief I say stuff that might be a little fuzzy, like...half a GDragon quote.

or might need a photo that's worth a thousand words, like Taeyang here. (I said I'd do it.)

came from this quote.

What can I say. Filled me with yaya I get it.

In Ringa Linga, not permanent tattoos. But he has them.

Firing the synapses of fangirls everywhere.

I mentioned GDragon in the shaving scene.

This, from the scene, a photo to linger on

In motion, the feel is even more.

Another of Taeyang from Ringa Linga

One of my first KPop mv's, and a fall-over fav instantly.

Look at this. (I know it's not just me. He has a faithful following. They both do.)

Okay, GD and Taeyang. I am in love with these guys. Says the fangirl.

And in use creating the love cushion around me that helps me be a better person.

More tolerant, more accepting. So thanks.

Proud of us... But want more. Why not. Limitless.

Want to hear some of their music? 2nd Gen guys. They last...

No end of talent and beauty,,,

Mad dance and voice skills, mmmmartial arts guy, adorable and sexc. Jimin of BTS. I am ridiculously fond of all the guys in this group. Each and together.

To right, a whole group at once. 2PM.

Can I see the wolf guy again?

Oh ya, that's him on the left.

We'll talk about this Hyunjin of Stray Kids another time.

But...duality, as the fans put it. And right now, the song playing in my ears is bad boys bring heaven to you...

These guys have lasting power...

Their verrry popular tune My House.

Each guy with his own charm.

I'd let them take me home, eh?

Here's Hyunjin, a part of the dynamic group, Stray Kids.

But moving all on his own here, showing his charm...

the ability to bring his fierce guy self to all his work. Play?

While bringing all the grace of ambivalence to his dance moves. The music Play with Fire.

Hyunjin, a wizard. His magic an impact.

I am definitely coming back with more pics and vids of who I love. I gotta lot of love.

But hey! Zico jumping the line!

Just got him on my Running Commentary page cuz Im spending all kinds of time with him these days.

He's a 2nd Gen guy with the group Block B. So, watching his current stuff but also going back to catch up on this talent.

But got to him first with Bermuda Triangle, a story... Repeat. Lots to see.

This guy gets lots of attention, as a rapper, as a great model in fashion photo shoots. He can move, he sings some sweet songs and raps wild. Such good rap guy moves

Yep. I love Zico for sure. Talent, a natural cool...

I feel like I could just end this page, after Zico. But...

There's more, because of the love I'm in, feel rapport.

The feeling of adore.

So, of course all BTS. All 7, cuz they give and elicit love vibes... BTS

Jimin, Jin, Taehyung (V), aaand Tae there in the middle between Jimin and J-Hope. 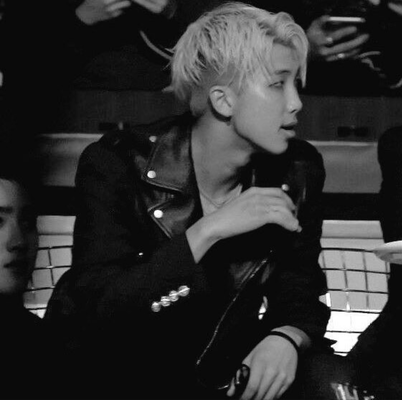 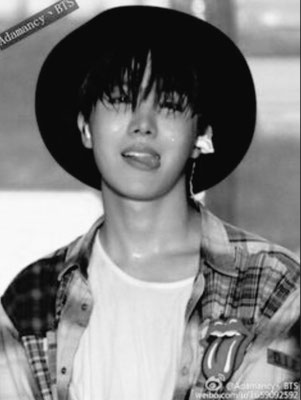 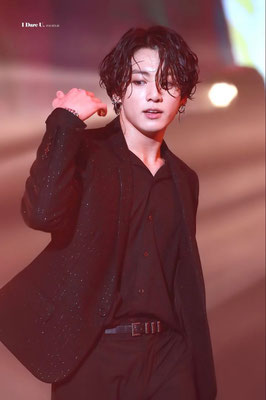 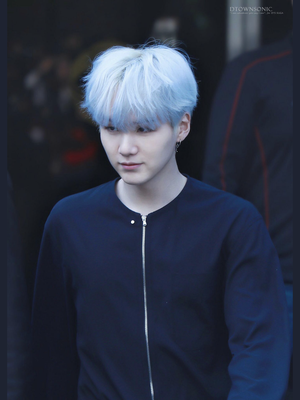 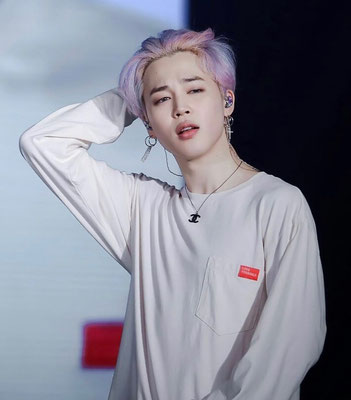 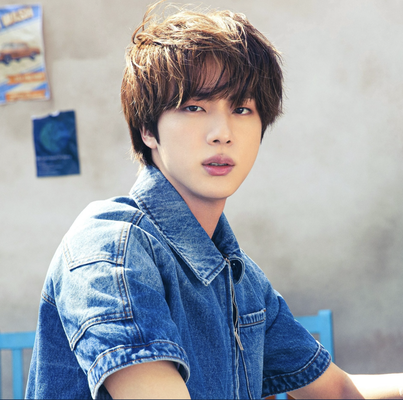 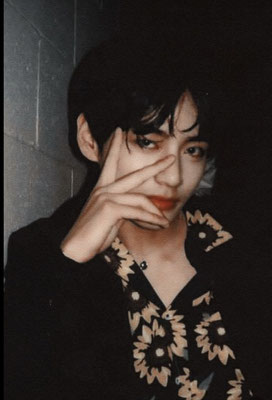 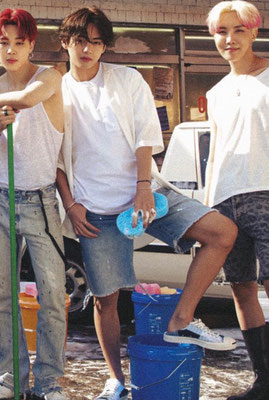 One song, over 1 billion views. And they have over 200 tunes. Mind boggling.

All over my playlists with their rap and melodic stories.

And individually fun and charming. Magical reference. Like ...put a spell on me.

IM and Kiyhun, holding up what look like strip motel keys.

Both do solo performances. Very different.... Both hot. All.

It's crazy how much I love One Day, vid on the right here.

I described it as an adult nursery rhyme, in its simplicity. Adult version...heartbreak, I'm drunk, I'm wasted.

Talking to the ghost in my apartment....

But performanvce version. so we can see them...

And the stand up version of One Day, their most recent.

This gesture one of my favs in KPop, in guys. Guy gestures...come here. Okay.

Get pleasure and a mix of emotions, through art, music, entertainment, stories. Just a click away.

So, I wanna give thanks to the artists who express for us, and fill some of our spaces. Mine.

And for the way in to those experiences.

Get me on that internet connection and within seconds I can reach expressions of ferocity, warmth, wit, sweet night, love...

I can reach a beach, illa illa

I am moved. I am touched. I appreciate...truly.

I am daydreaming. And there's music

Put your hand on my thigh...

My thirty year guy, gone now, came to bed whenever I turned in. At first I found it curious. He was a writer, a reader, a CBC listener, a smoker... I imagined a late night guy. But no, different priorities.

Three decades of feeling that hand move to my thigh, like a goodnight kiss.

Now, the last thing I do in a day, before dreams take over, is listen to and watch music videos.  Wild, fun, slow.

It's okay to feel dizzy. I'm lying down.

On waking, music. And pursuing playlists during the day gives me the same feel good as when I was on my way home to...laughs, good food, fascination, fondness...something good. Pretty much every day.

No wonder I listen, and watch.

Hours of feel good opens the door for...more. Ya? yaya?

Thats what they say.

So, let in a little.

See ya. It's late and time for some bedtime music.

Sometimes, for me it was...distracting. Didn't always umm fit the action we had going on.

But gotta say G himself was enough to focus on, even when the topic impacting my ears was not...conducive.

The music I listen to now contributes, doesn't distract.

I love guys of all ages, lifetime smitten.

I adjust, in my mind, and allow the attraction these talents have to sweep me off my feet...

A visceral response to creativity and talent

Chakra Spinning, all this love manifests as...

Most pages here on Meme Dreams are compiled from several different sites I've created over the years. All pulled together here, in various stages.

The most recent page is "Mischief", a journal of mood and music as I make my way through a grief journey. Missing loved ones. Especially G.

If the wrong video plays, refresh your page.

In psychology, there are two popular conceptions of happiness: hedonic and eudaimonic.

Hedonic happiness is achieved through experiences of pleasure and enjoyment,

while eudaimonic happiness is achieved through experiences of meaning and purpose.

That's a little simplified :) but a useful distinction.

Not pursuing happiness as in waiting, creating it as in now.

A greeting card with this quote, found early, followed me through the years. Chosen as a guiding principle. Lifelong...

For me, there is only the traveling on paths that have heart, on any path that may have heart, and the only worthwhile challenge is to traverse its full length - and there I travel looking, looking breathlessly.

Carlos Castaneda, The Teachings of Don Jaun: A Yaqui Way of Knowledge

Oh ya? You've done that?  Well...kind of.  In a relaxed kind of traverse. That counts?